Sunnyhill Road School was built in 1900 on land given by the family of Beriah Drew, Lord of the Manor of Leigham. 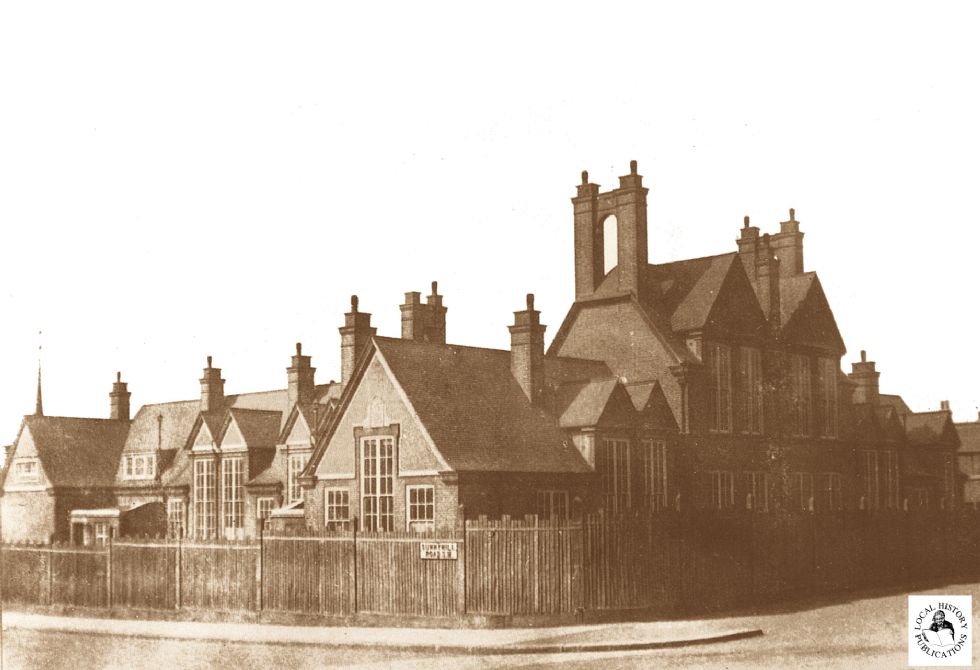 It was the 444th school to be built by the London School Board, whose initials LSB can be seen in various motifs on the outside of the building together with the date of the year in which it was built.

The school was originally designed to accommodate 450 juniors and 358 infants, a total of 808 pupils and the land and building cost just over £26,000.

The school was the first major public building to be erected in Streatham in the opening year of the twentieth century. A large gathering of local dignitaries assembled in the school hall on Thursday November 9th  when the new building was officially opened by the Rev. W. Copeland Bowie, Chairman of the Accommodation Committee of the London School Board. 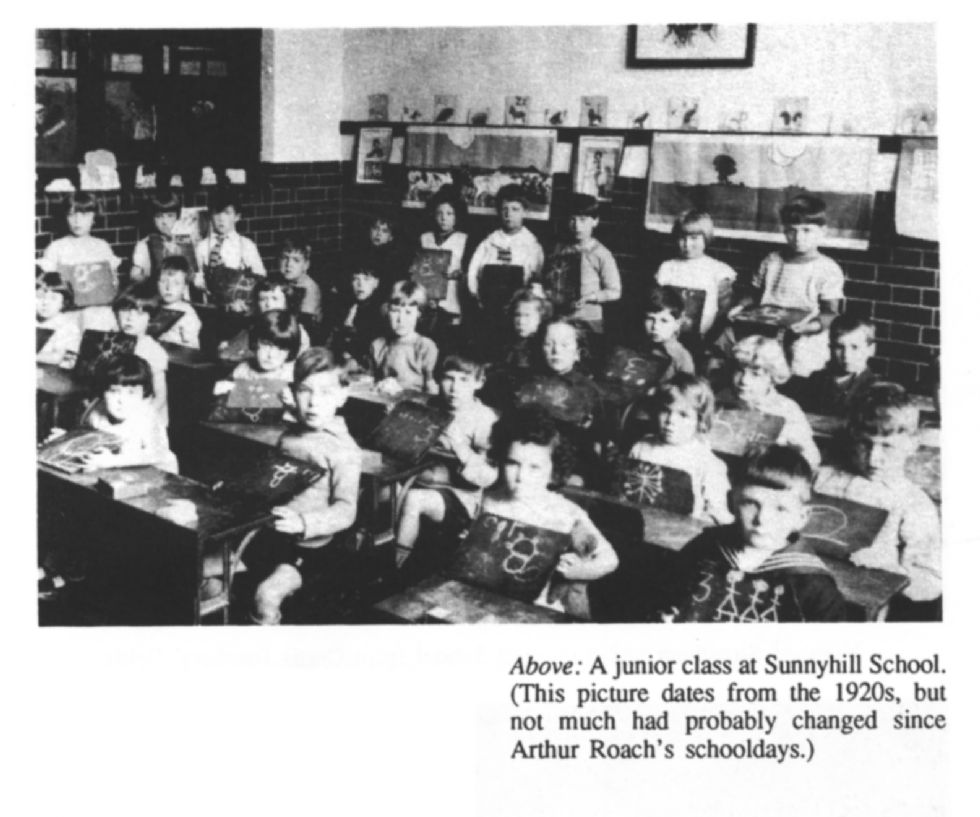 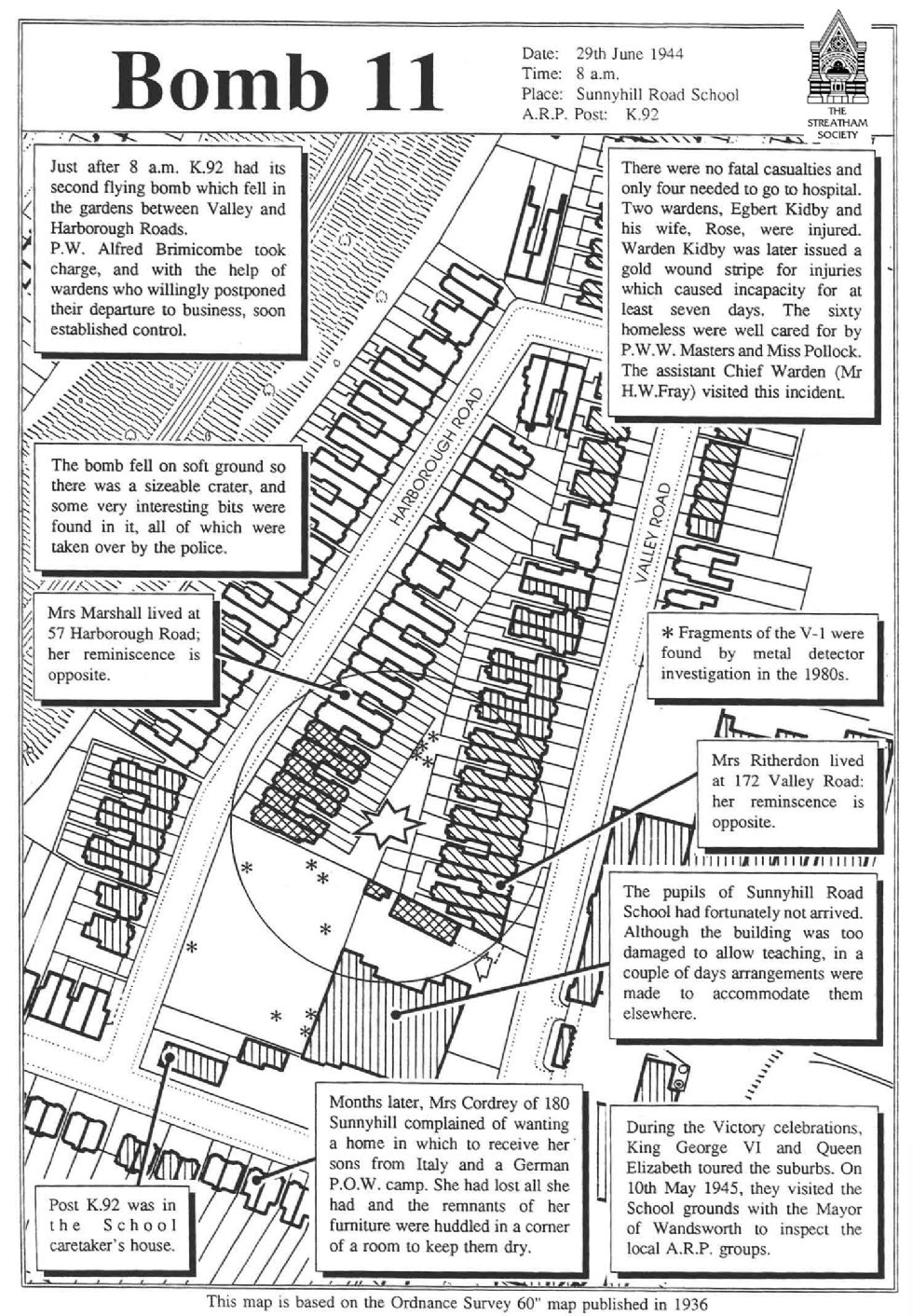 In 1903 an Evening Institute was established here teaching book keeping, cooking and shorthand among other subjects.

In 1944, during WWII, the school was badly damaged by a V1 rocket in the war, but miraculously it was empty at the time and no one was seriously injured. 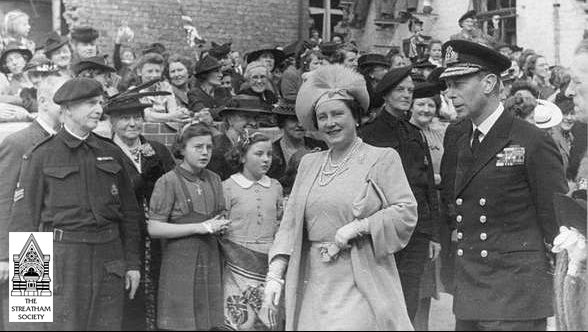 Crowds ten deep lined the royal route and among the cheering throng was even a lorry full of Italian Prisoners of War whose transport had been delayed to allow the Royal car to pass by.

Thousands of children lined the approaches to the school and burst out in hearty cheers as the Royal party arrived to inspect the Civil Defence services as part of their tour through some of the worst bombed areas of London. 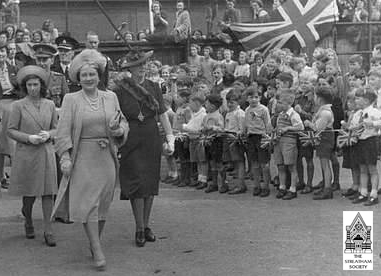 They were greeted at the School gates by the Mayor of Wandsworth and the local MP David Robinson, and were then introduced to members of the various civil defence forces who had worked so hard throughout the war, particularly during the blitz and the period when some 41 flying bombs fell on Streatham. 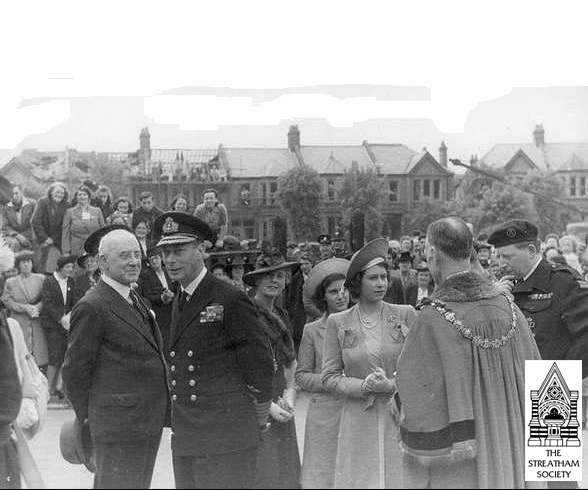 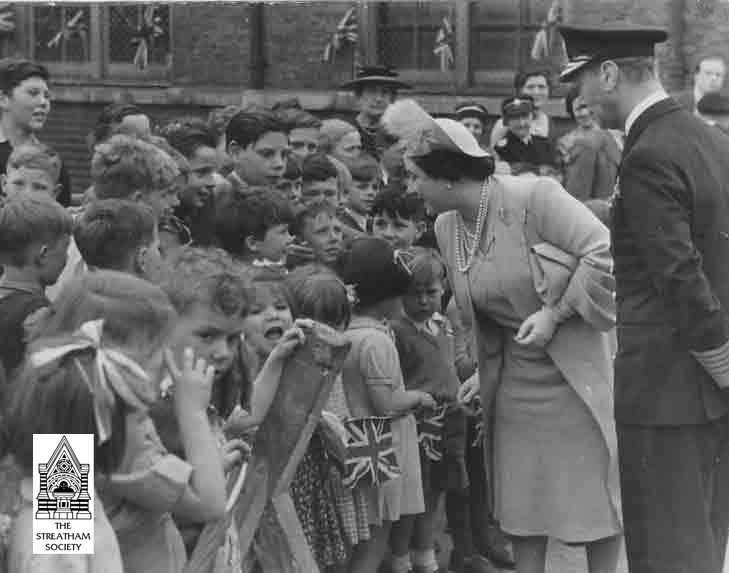 Among the former pupils of the school, is Howel Bennet, the actor, famous for the Shelly television series and more recently for his role in Eastenders as well as a number of feature films he made with Hayley Mills.

The first part of Sunnyhill Road leading into Wellfield Road, formerly known as Leigham Lane,  forms part of an ancient routeway  from Streatham village to the detached part of the Parish and Leigham Court Manor at Knight's Hill. Mention of the track is made in 1547, although it was in existence long before this time. 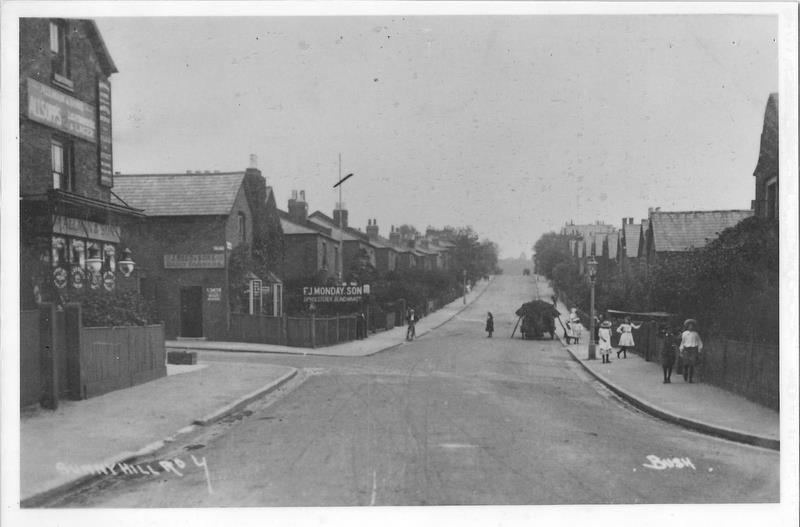 Sunnyhill Road as we see it today dates from 1867 and gets its name from its location running across the "Sunny Field" or "Great Sunney Hill Field" - a small hill off the High Road providing an area of open ground and hence a sunny spot. 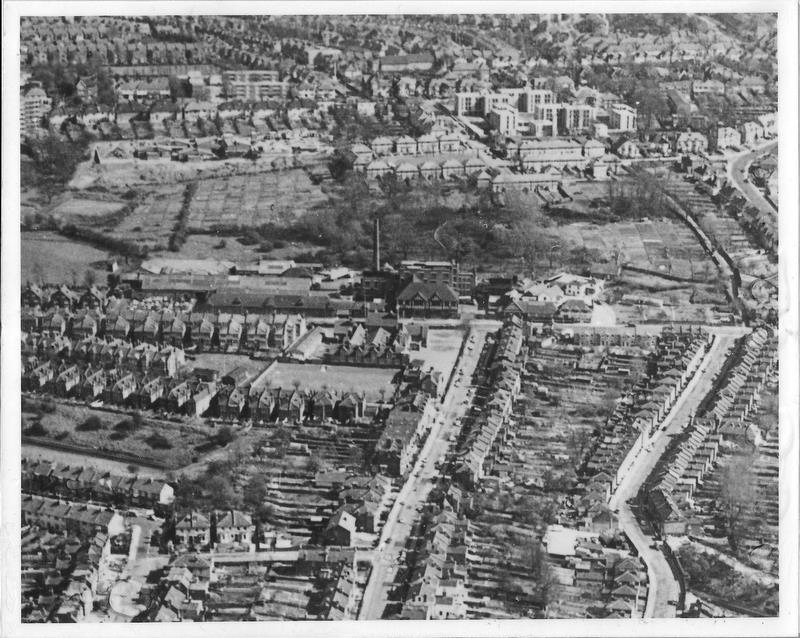 It provides a more direct route to Valley Road than that offered by Wells Lane which was later to become Wellfield Road.  However, it has the disadvantage of going over the brow of "Sunny Hill" and therefore there is a bit of a climb until you reach the peak of the Hill by Angles Road.

The Road originally comprised around 6 blocks of terraces and cottages. However on 18th July 1884 the subsidiary names of Leigham Lane, Hillside Terrace, Alpha Villas, Streatham Cottages, Park View Villas and Lyndhurst Villas were abolished and the whole length of the street was renamed Sunnyhill Road.